Home Generator: The Calm After the Storm

A home generator is hardly a superfluous item when you live in a state with a climate such as that of Florida.  When you think of Florida, a few things probably spring to mind- as many alligators as there are people, endless swamp lands, bright red tourists, beaches, and one other thing- hurricanes.  We are probably the world destination of breeding grounds for mosquitoes and hurricanes.  Perhaps these things occur to me first due to my absolute bias caused by living in this humid place, and occasionally find myself less than fond few of the state, but none the less, these things are certainly a huge part of our culture and sometimes the butt of the Floridian joke.  As beautiful as everything is, the weather, the beaches, the huge variety of food (the most beautiful part of Florida, I have to say), it is incredibly important to be prepared.  This is what a home generator allows you the benefit of being.

We don’t walk around anywhere near the Everglades without a thick lining of bug repellant all over our bodies (I don’t even care if you are in a city, if that city is geographically situated even close to the Everglades, you cover yourself.  Otherwise it’s itching cream later) and we don’t head out to the beach without a slathering of sun “repellant” either.  Why would we try to endure a storm without a home generator?  Being bitten by a mosquito and getting burnt to a crisp after a nice day at the beach have two things in common-that is a rather sizeable amount of discomfort.  This is the same endured if you are forced to go through a hurricane without a home generator due to innate lack of having one!  I remember a time when a home generator was exceptionally expensive, and I was unable to use one during one of our worst hurricanes.  For over a week, we were forced to endure life without power, and most importantly with our summer, and even with our fall heat, we were forced to endure life without air conditioner, simply because we were without a home generator.  I will never forget how absolutely terrible it was to sleep in a bed with sheet, while the weather was 90 degrees.  Opening the window at that point doesn’t even help, because the breeze you’re greeted with feels akin to accidently leaving the heat on after a cold snap, except you’re unable to quickly switch the temperature to comfortable.

Now that home generators are no longer a daydream of future society, and a million times more affordable, invest in one- you will absolutely not regret it.  When the next hurricane came by, a rugged one at that, the city wasn’t lacking power for a mere week- this time it was two.  My family and I were never so lucky we had purchased a home generator to keep our food cold in the fridge, our air on so we didn’t suffocate at night, and anything else we needed to live functionally and well for two weeks.

Let MTS provide you with the home generator to get you through the storm- Florida or anywhere else.  A home generator is the sanctuary you need, the calm during the storm.

Why You Should Consider A Propane Generator For Home Use

In recent years, many homeowners have chosen a propane generator for home to stay prepared during an emergency. Propane generators make a great investment for… 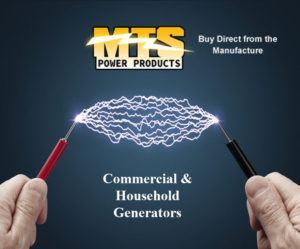 Extreme weather systems have plagued the world at an alarming rate. Earthquakes in Mexico and India, hurricanes in the Caribbean all the way to Texas,…